These pages will contain vignettes of our life here in Sentani. Most will be about the work here. Sometimes the writings will be just notes about our daily routines. Other observations may be more spiritual in nature. Expect a potpourri of subjects.

This Is Why You Sent Us

On August 24, 2022, the Una Bible was dedicated and distributed to the Una people in Langda, Papua. By praying and financially partnering with us, YOU ENABLED THIS WORK TO BE DONE! Well done!

Some details about the Una people and this translation work:
6000 people make up the Una people.
About 50% of them are both literate and bilingual.
The work began in 1989 with a team of four people.
After the New Testament was dedicated, the original four translators were joined by four more, bringing the team to eight.
The two Dutch translators, although on the team, were acting primarily as consultants.
The bulk of the Old Testament was translated by Una speakers having been trained in translation techniques.
Over 100 Una people were involved in testing and reviewing of the Una Bible.

Testimony of One of the Una Attendees 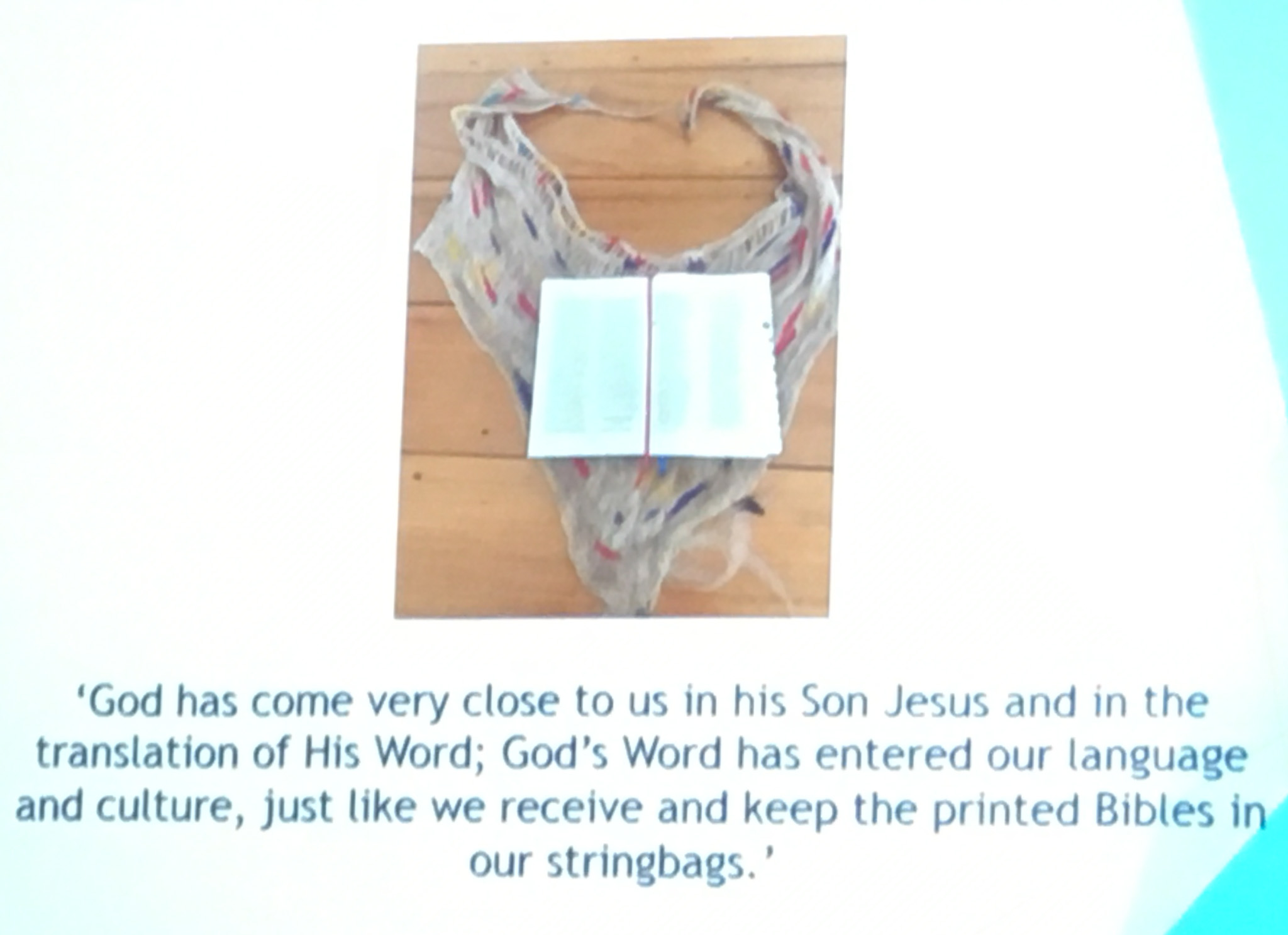 String Bags are used to carry their possessions. Important possessions are carried in their own string bag.

Mike and Mary first arrived in Papua in the autumn of 1995. While the project began in 1989, the first five years were spent in analyzing and cataloguing the language. It is a very complex language with 3 dialects and over 250 verb forms. Finally, in 1994, one year prior to the Lotts' arrival the actual translation work began. Their oldest son, Kars, was the same age as the Lotts' oldest son and the two became good friends.

The community in Papua celebrated this Bible completion on Sept. 4. At that time the translators pointed out how the work would have gone much slower or even abandoned in frustration if it had not been for the team of support workers, teachers, pilots, and others who helped them with the work load. Mike and Mary taught all three of their children. All three of their children are actively involved in serving God's Kingdom, two in the States and one back here in Papua as a jungle pilot.

Together, with this great body of witnesses, we are seeing God's Word going forth in this world.

I, Mary, am currently on a personal retreat at the Ligonier Conference, Fool's For Christ, at Briarwood in Birmingham, AL. Last night was a great talk by Harry Reeder on the Foolishness of the Gospel and then God's Free Grace presented by Burke Parsons.  My take away so far is to be more bold in my witnessing. To often, I feel intimated. Pray God's boldness will be more real in my life.

Hunter Goff is the musician leading us into and after our messages. He just blessed me with a beautiful rendition of "I Vow To Thee, My Country." It is a personal favorite melody.

Wycliffe 101: What Version of the Bible Do You Use For Translation?

It’s a blessing to have many versions of the Bible in our language, but many people want to know which version we use to translate the Bible. We’re happy to tell you!

Actually, we don’t translate from an English translation, because that would be like making a copy of a copy! In order to achieve clear and accurate translations, we train our translators to look to the original biblical Hebrew and Greek texts. They also have to carefully study the language they are translating into in order to understand how it works and how people who speak that language think and communicate.

A good translator does far more than simply exchange Hebrew and Greek words for words in the new language. Their job is to understand the original meaning and discover the best way to communicate that in the new language so people can clearly understand what the Bible is saying, just as if their mother was talking to them.

To clarify further, when developing a new Bible translation the source text used can vary from country to country or people group to people group. The local people who are translating Scripture into their language for the very first time have to start somewhere, and will often refer to the Bible in the national language or language of wider communication that they can understand. 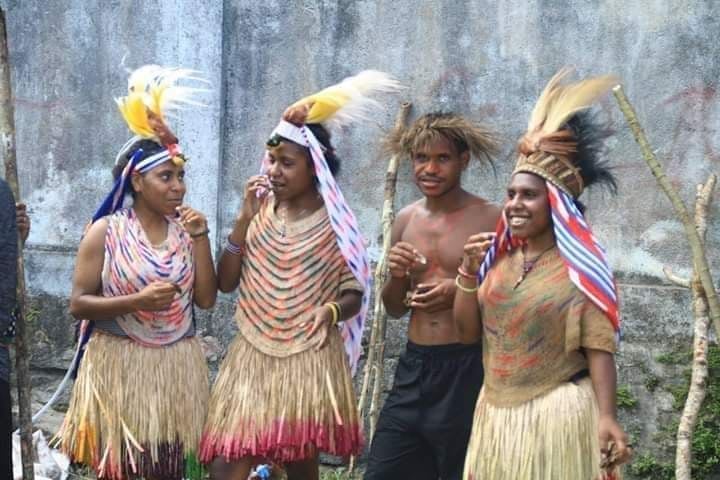 The following are excerpts from the One Story website. We hope this provides a more complete overview of what that is [the bold emphasis is ours]:

The majority of the world’s unreached people groups are made up of oral preference learners, who often have no written language of their own. In order to reach them, OneStory works with mother-tongue speakers to develop and record worldview-sensitive, chronological Bible “story sets” for each specific group — typically 25 to 50 stories in a three to four year period.

Mother-tongue speakers spread the stories to others. These story sets can be the first step toward a traditional written translation or non-print media like the JESUS film or The HOPE video.

Mother-tongue speakers spread the stories to others. These story sets can be the first step toward a traditional written translation or non-print media like the JESUS film or The HOPE video.

"We understand it now!"

Today at church, we heard a testimony from two Bible translators just back from an interior trip. They were traveling to different villages within their language group and having people read newly translated Scriptures. This is to help check the translation for readability and correctness prior to publication. The translators reported that one of the common exclamations they heard was, "We understand it now!"

This is why we're here. We're here to help bring light into darkness; God's Word to people who don't have it. It is as simple as that.

The pastor today was Buzz Maxey, whose parents translated the New Testament for a group in the highlands of Papua. Buzz grew up here and now he and his wife Moira minister and disciple people of that same group. Buzz related today that not long ago the elders of the church decided they needed to have the whole Bible in their language. The previous Maxeys had translated the New Testament and "bits and pieces" of the Old Testament. The church wants the entire Bible.

So, for the last three months Buzz and Moira have been facilitating the work of translation. They are not translators themselves and it has been difficult to do this job for which they're not fully trained. Just recently they were working through the Book of Leviticus and all the different types of offerings. Suddenly, one of the older elders shouted, "This makes sense!" He explained that he had worked with Buzz's mother many years ago as they translated Heb. 10. He finally understood verse one, "For the Law, since it has only a shadow of the good things to come and not the very form of things, can never, by the same sacrifices which they offer continually year by year, make perfect those who draw near." He realized that human sacrifice couldn't pave the way to heaven and a more perfect, complete sacrifice had to be made. He understood the revelation of the work of Christ in verse fourteen, "For by one offering He has perfected for all time those who are sanctified."

When I taught "The Unfolding Covenant, the Work of God Through the Bible", I had my students learn the phrase, "Old Testament shadows become New Testament realities." This older elder realized the truth of that statement in the person and work of Jesus Christ. Translating the complete Bible into his language made these eternal truths sensible and clear.